To see this working, head to your live site.
Search
StarckGate
Feb 27, 2019

Bioscience engineers at KU Leuven have created a solar panel that produces hydrogen gas from moisture in the air. After ten years of development, the panel can now produce 250 litres per day – a world record, according to the researchers. Twenty of these solar panels could provide electricity and heat for one family for an entire year.

Under a watery sun, Professor Johan Martens and his research team roll the solar panel onto the lawn in front of the Centre for Surface Chemistry and Catalysis at KU Leuven. The device looks like an ordinary solar panel. The engineers have attached a flask with water to the device so that we can see the hydrogen bubbles escape. A meter indicates the quantities. After a couple of seconds, the first bubbles begin to rise to the surface. 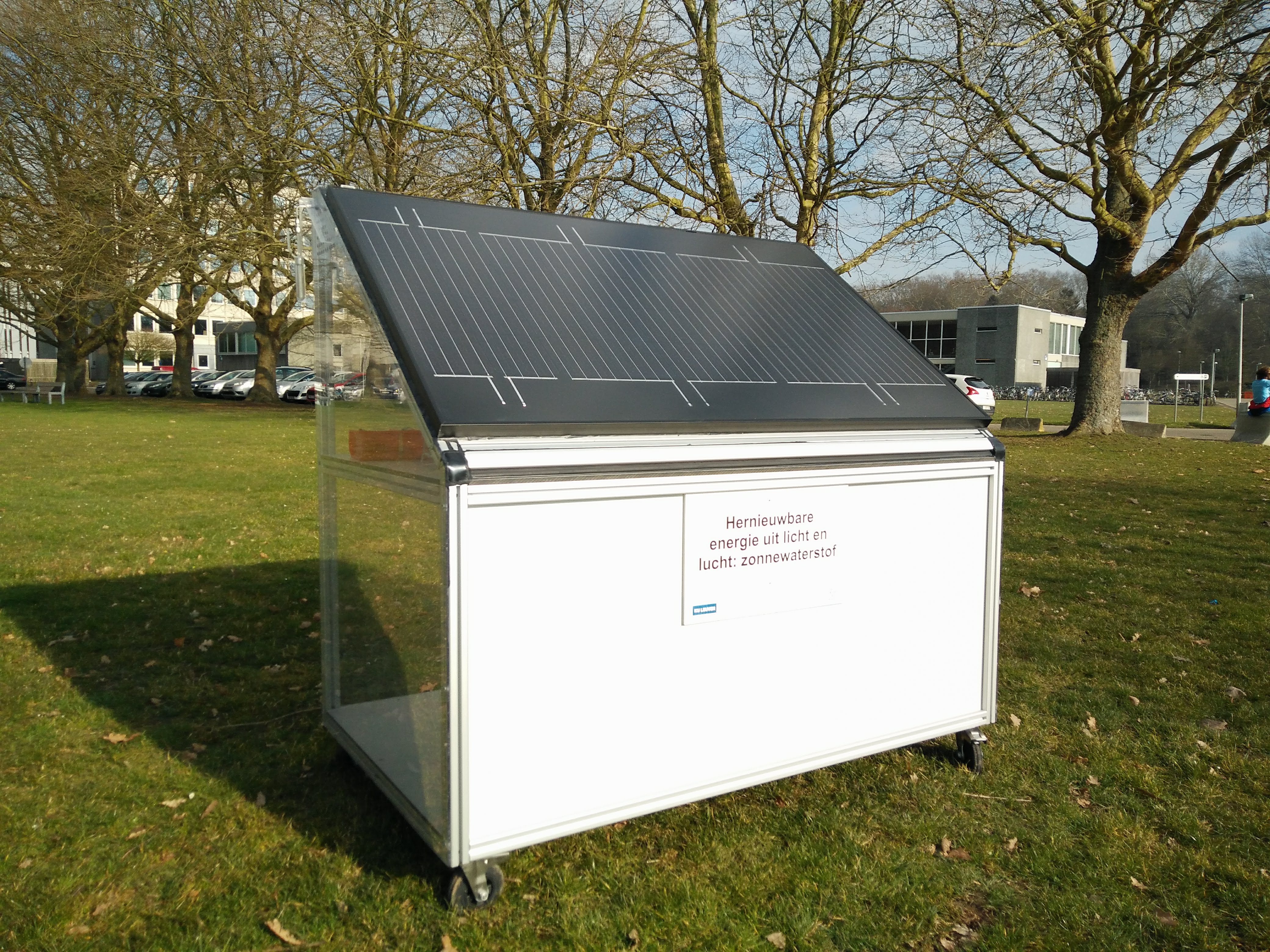 Hydrogen gas is an energy vector that can easily be stored and transported, and it can be converted at will into both electricity and heat. The gas doesn’t release any greenhouse gases or toxic substances, provided that you use clean energy to produce it. That’s what Professor Martens’s team has developed: a device that turns sunlight and water vapour into hydrogen gas in a sustainable way.

“It’s a unique combination of physics and chemistry. In the beginning, the efficiency was only 0.1 per cent, and barely any hydrogen molecules were formed. Today, you see them rising to the surface in bubbles. So that’s ten years of work – always making improvements, detecting problems. That’s how you get results.”

A traditional solar panel converts between 18 to 20 per cent of the solar energy into electricity. If you then have to use that electric power to split the water into hydrogen gas and oxygen, you lose a lot of energy. The KU Leuven bioscience engineers solved this exact problem by designing a solar panel that converts 15 per cent of the sunlight straight into hydrogen gas. That’s a world record.

Most hydrogen gas is produced using oil and gas – not a big win for the climate or the environment. We believe this is about to change.

Hydrogen gas from renewable energy sources – green hydrogen gas – has been a promising prospect on the energy market for years, but the real breakthrough hasn’t happened yet. Hydrogen gas is considered to be expensive and difficult to produce and store. Today, most hydrogen gas is produced using oil and gas. ‘Grey’ hydrogen gas, in other words – not a big win for the climate or the environment. The KU Leuven researchers believe this is about to change.

Meanwhile, we see the meter rise steadily on the device in front of us. The bubbles keep coming, despite the watery sun. “The panel produces around 250 litres per day over a full year. That’s a world record,” says KU Leuven researcher Jan Rongé. “Twenty of these panels are enough to live without electricity from the grid or gas for a year. If you add another twenty panels, you can even drive a hydrogen-fuelled vehicle for an entire year.” 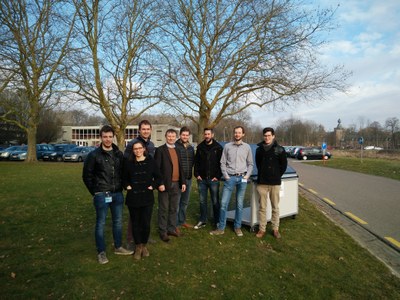 An additional benefit of hydrogen gas is that it can replace fossil fuels. Around 80% of our energy comes from oil, gas, or coal. We need to replace these sources if we want to tackle global warming, says Jan Rongé.

However, hydrogen gas comes with risks of its own. Like most fuels, the gas is highly flammable. This poses a danger, especially in closed spaces. At the same time, it’s also a light gas, so when it escapes, it will rise up immediately instead of spreading over the ground.

In any case, the new prototype of Johan Martens’s team is ready for field testing. For the first project, we're driving to Oud-Heverlee, a rural town in Flemish Brabant.

Soon, 20 hydrogen gas panels will be installed on one of the houses as a test case. If all goes well, more panels will be installed on a piece of land in the street. This will allow the other 39 families in the street to benefit from the project as well. The hydrogen gas produced in the summer will be stored and converted into electricity and heat in the winter.

Hydrogen gas is easier to store than electricity. Buffering electricity requires batteries that are expensive and slowly lose voltage as well. Therefore, it’s not a good idea to buffer electricity from summer until winter. With hydrogen gas, it’s a different story. The hydrogen gas produced in the summer can be stored in an underground pressure vessel until winter. One family would need about 4 cubic metres of storage. That’s the size of a regular oil tank.

We wanted to design something sustainable that is affordable and can be used practically anywhere.

For Johan Martens, a test project like the one in Oud-Heverlee is what he and his team have been working towards for years. “We wanted to design something sustainable that is affordable and can be used practically anywhere. We’re using cheap raw materials and don't need precious metals or other expensive components.”

The actual cost of the hydrogen gas panels is still unknown, as the mass production is yet to start. The researchers, however, say that it should be affordable. This invention could completely change the future of green energy. The emphasis will not so much be on large production units, but rather on the combination of smaller, local systems. It will also require less energy-guzzling transport of energy, whether it’s gas, oil, or electricity. The researchers, in any case, are optimistic: "the sky is the limit."