Scientists at Harvard University have developed a way to vastly accelerate single-cell sequencing, an advance that promises to give a major lift to biomedical genomics research.

The new approach combines microfluidics and novel software to accelerate single-cell ATAC-seq, which identifies parts of the genome that are open and accessible to regulatory proteins. Detailed in a June 24 article in Nature Biotechnology, the innovation was the product of a collaboration between Harvard’s Department of Stem Cell and Regenerative Biology (HSCRB) and researchers at Bio-Rad Laboratories.

“We’ve scaled it up so we can profile many cells in a human tissue in a straightforward way. The method is simple, so you can run the experiment in a day, start to finish. That will allow researchers to achieve much more in a far shorter time,” said Jason Buenrostro, senior author on the study and an assistant professor in HSCRB.

For many years, scientists have been trying to figure out how genes are turned on and off in different cells at different times in their development, so that cells can carry out specific functions. All life begins, after all, as a single cell, but quickly turns into trillions. The genome in that first cell is copied into all the rest, so how do we end up with so many different cell types?

Single-cell sequencing has transformed this area of research, allowing scientists to study genes in individual cells rather than large pieces of tissue, which contain many different cell types. Studying bigger samples can point researchers in a promising direction but does not give precise insights. Looking at single cells makes it easier to differentiate between cell types and to find individual genes that drive healthy functions or disease processes in the body.

In this study, researchers focused on a type of sequencing called ATAC-seq (Assay for Transposase-Accessible Chromatin using sequencing). Each human cell contains two meters of DNA, tightly packed into the microscopic nucleus. ATAC-seq identifies which parts of the DNA are unwound and accessible to proteins.

“It’s a bit like opening up a multidimensional suitcase to get at the clothes,” said Fabiana Duarte, co-lead author of the study and a postdoctoral fellow in Buenrostro’s lab at Harvard. “If a part of the genome is accessible, an enzyme can make a cut and tag it. Then we find the sequences of all the tagged DNA.” 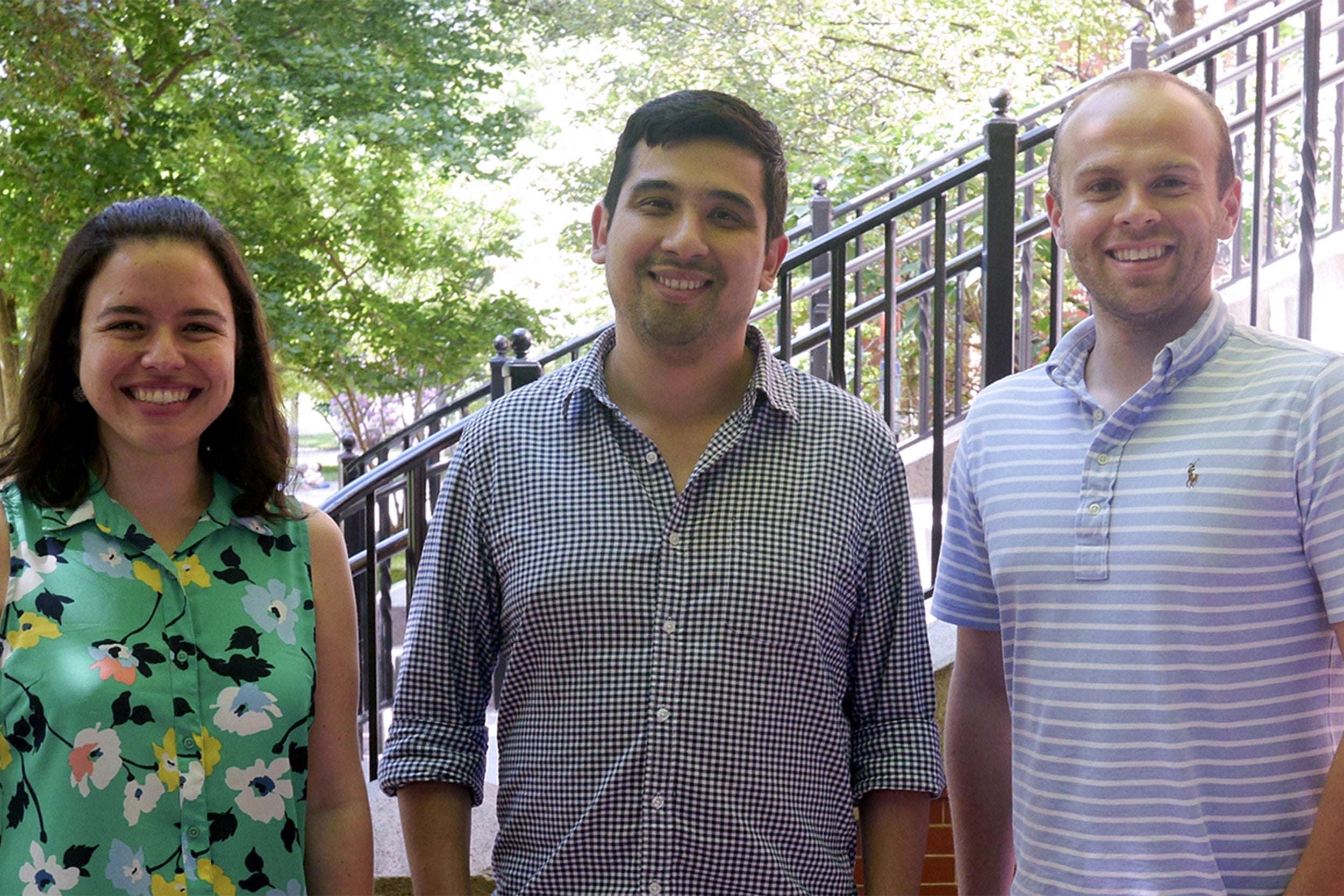 Genes are controlled by many different proteins. Transcription factors, for example, bind to a piece of DNA and help turn genes on and off. There are countless transcription factors, and each one recognizes and binds to a very specific DNA sequence. Each sequence is called a motif, and because it is so specific it can be flagged in ATAC-seq data.

ATAC-seq was first developed by Buenrostro and colleagues in 2013 and its use is now ubiquitous in genomics — for example in major efforts like the Human Cell Atlas project to understand and map genome function. As a reflection of the impact of this work, MIT’s Technology Review has named Buenrostro as one of its 2019 “Innovators under 35” this week.

Until now, ATAC-seq has been a time-consuming and inefficient process, with only a fraction of cells yielding reliable results. Where previous approaches made it possible to profile 100 cells per reaction, the new method profiles 50,000.

One of the biggest challenges in developing the new method involved isolating the cells to be studied. The new method resolves this problem using microfluidics and droplets.

“We worked with the Bio-Rad team on the method,” Duarte said. “One channel of the device delivers a cell, and another adds a bead — and each bead has a bar-coded tag. Where they meet, there’s oil — so you get droplets. Each droplet has a cell and a bead. You can add a lot of cells into the device to get data on individually labelled cells.”

But the devil is in the details, as any computational biologist will tell you.

“Ideally you’d have one bead in each droplet. But in practice, to make sure that each cell is tagged, droplets can end up having more than one bead,” said Caleb Lareau, co-lead author and a Graduate School of Arts and Sciences graduate student in Buenrostro’s lab. “Our new software identifies those cases and merges them, so you can identify single cells that might at first have looked like many.”

The new approach has paid big dividends. “Because of experimental and computational innovations, we can now get profiles for 95 percent of the cells that are put into the machine. That’s up from around 20 to 30 percent — like night and day,” Lareau said.

“This droplet approach will be available to biomedical researchers in all fields as an off-the-shelf technology, and I’m really proud that we helped it get to this stage,” said Buenrostro, who is also a faculty member of the Harvard Stem Cell Institute. “In this study, we also developed a method within the method: Barcoding added another layer of tagging that allowed us to increase the number of cells we could assay 10-fold or more. It changes the questions you can ask, and how quickly you can find answers. I think we’re going to see research moving much more rapidly now.”

This study received support from the Allen Distinguished Investigator Program through the Paul G. Allen Frontiers Group, the Chan Zuckerberg Initiative, and the National Institutes of Health (NIH F31CA232670).